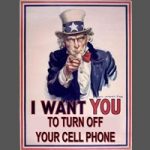 The era of communication clears the way in people relationship. In our age, telecommunications is as effortless as breathing. Humanity falls in conversations involuntarily. Scientist has invented and developed the communication instruments several times, but phones has been exotica all the time. Morever, in recent years there has been growing interest in using phones everywhere. Not only on the streets but also in the clasrooms, everybody pretend to be addicted to phones. There is evidence to support the hypothesis that a recent report from Nokia found that in Europe there is a mobile phone subscription for every 0.8 people (thirteen mobiles for every 10 people). In the fourth quarter of 2009, in Austria alone 1.59 billion text messages were sent. Across Europe, around 31% of 9 to 16 year olds go online using their mobile device. As reported above, using a phone in the classrooms is increasing day by day. There are different view on this contradictive issue. Some support that it must be allowed that using phone in the classrooms, while others  don’t think so.  Apart from this slight discordance, in my opinion it should not be allowed to have a phone in class on account of the fact that distraction, reduction in the learning and being target of predators.

Firstly, phones make concentration difficult for students whether they want or not. A ringing phone, or beeping text, or buzzing “reminder” are all distracting sounds that disrupt the classroom. School is a child’s “work” and if cell phones are going off, how much work is anyone getting done?  It’s bound to happen- people forget to silence their phones, and then everyone is distracted. Moreover, phones are not only distracting piece of technology for class atmosphore. They can distract individuals with pleasure. For instance, that the cell phone is silenced or set to “vibrate only.” The rest of the class may not be bothered by the phone, but the person holding the phone certainly will be. Every time a message comes in or a phone vibrates, the first reaction is to stop what one is doing, including listening to a teacher present a lesson, and answer the call, or check the text. Learning can only be hampered by allowing this type of distraction.The most striking result to emerge from the data is that, phones are not useful in the class for students, it runs counter to education.

Secondly, it is believed that by the researchers using phone in the class reduces the learning process. Phones decelerate the cerebration. For instance as stated previously by Mehmet Yavuz, when people have to go somewhere, they open navigation app and commend to phone themselves. It devastate the direction fuctions of brain. Moreover, in the Rice University, Dr. Philip Kortum took the lead to a research. In defiance of students believe that thanks to iPhone they well get high marks in the class. However, as far as study is concerned ”ipHone helped me in the previous exams to get high grades” rate goes down. When it was 3.71 in 2010, it went down to 1.54 in 2011.

In conclusion, using a phone in the class highlighted the phone’s baser self. From my point of view, students should keep back phones out of the class to learn thoroughly, to pay attention to lessons and for not being a target of predators. Teachers, school administration and parents have to get under control their children to not use phone in the class. By this way, they will be graduated from schools with a degree.