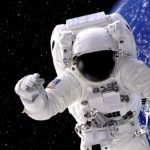 It is known, when the Ottoman State which ruled over Anatolian territories for six hundred years was overthrown, the Republic of Turkey was established. Contrary to popular myth, the Republic of Turkey did not come to power of the Ottoman’s established order and the Turkish Republic has needed to change in economy, politics, law, culture, and especially education. In this point, I think we should open a bracket for their educational systems. On one hand, the Ottomans outweighed religious education. On the other hand, the Republic of Turkey has given weight to human sciences. Confucius said ” If you want the sun to reach you, step out of shadow.”  Namely, the question is whether we are getting out of date because of our laziness. The reasons why we cannot send a Turk into the space can be defined as limited budget, wrong policy, and lack of interest.

First of all, budget is the most fundamental reason why Turks have never been to space. Although many Turkish young people are interested in this issue, the Turkish government does not provide the necessary facilities and adequate finance. It must appropriate funds for training Turkish astronauts for NASA. Unfortunately, some countries like Turkey are impeded to do so by internal terrorism. Also, in addition to governmental support for space research, the private sector in Turkey does not invest enough on this, while the company of SCX in America enables some chosen people to go to the space. The company pays for each future astronaut. It shows that financial resources may be supplied by a private sector. However, there are not any private companies in Turkey which care with the issue. In conclusion, financial insufficiency is the biggest obstacle for Turks.

Secondly, wrong policies are another major reason why Turks cannot set foot on the space. The top officials in Turkey play a crucial role in the ways to do research into space. For instance, forty years ago when the Americans went to the space, the president of America was John F. Kennedy, whose priority was science, so Americans improved themselves in astronomy and they broke new ground. In the following forty years, no one went to the space because politicians’ precedence changed. Turkey is a developing country today and science in Turkey is being ignored because the Turkish politicians focus on other issues. Due to these reasons, Turks have not managed to have a word about space explorations.

Thirdly, Turks did not value science. To be honest, Turks put the science on the backburner. As an illustration, many of the Turkish youth do not hear about TUBITAK. Furthermore, in the project of TUBITAK, participants generally do not receive a recompense for their work. For instance, a participant of TUBITAK called Ilayda Samilgil did a project and applied to TUBITAK. The project was disregarded by TUBITAK was admitted to NASA’s project of Mars. All of these show that giving little value to space research leads to Turkey’s failure in space competition.

All things considered, Turks need to improve themselves in terms of budget, politics, and interest in order to step on other planets. I strongly believe that not only young people but also the top officials should dedicate themselves to science. If we achieve this as it should be, we will improve ourselves and be more successful in the international arena.